Calling performers of all types to submit for a role as a tour guide/performer in a special online virtual version of the Stuart Timmons’ City of West Hollywood LGBTQ Immersive History Tour (Stuart’s WeHo Tour) as part of the City of West Hollywood’s One City One Pride LGBTQ Arts Festival 2021. The original tour ran as a live, in-person event from 2015-2017( see previous tour information at http://stuarttimmons.com/tour/). It is now being recorded for prosperity as an online virtual tour, which can be experienced worldwide at any time. We’re looking for LGBTQ performers, any age, any race, any gender. Preference will be given to people who either live in or have a prior creative connection to West Hollywood.

Pay is between $100-$300, depending on the role. The process will typically include 2 rehearsals via zoom, and either a half-day or full-day of in-person filming. Most performers will be required to memorize a 5-minute text. The performances will be filmed in outdoor locations or in-studio with a green-screen and small film crew (following all county safety guidelines) sometime during the month of April.

HOW TO APPLY: Please send a brief introductory letter to director/producer Jason Jenn of ReEvolutionary Productions no later than March 5 to stuartswehotour@gmail.com.

The letter should introduce who you are as a person, talk about highlights of past history of performance, a bit about why you feel you want to be in the production, and any skills/costumes/etc that bring the “extra”. Share any websites and video links that show you in performance. Please, no attachments in the body of the email, just introductory letter, and links. Callbacks will take place in early March and rehearsals take place in late March via zoom.

This program is presented with the support of a grant from the City of West Hollywood’s Arts Division as part of the City’s One City One Pride LGBTQ Arts Festival (May 22 – June 30). More info at www.weho.org/pride or @wehoarts.” 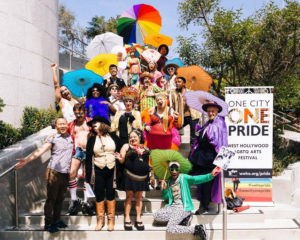 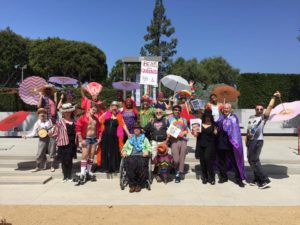 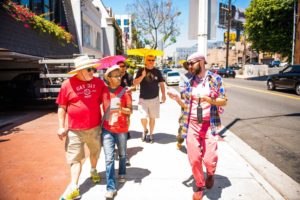 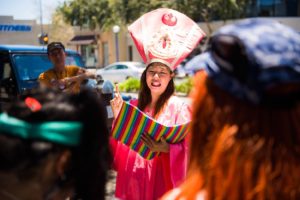 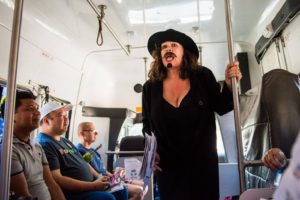 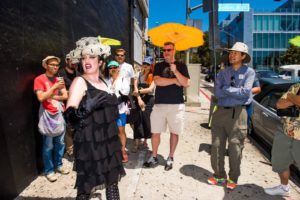 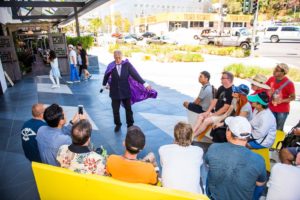 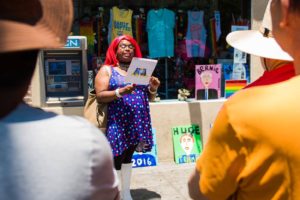 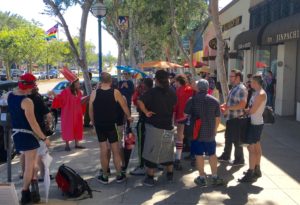